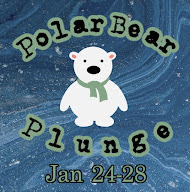 Happy New Year!
I'm excited to be participating in another fun blog hop, this time hosted by Joan of MooseStash Quilting.
Here's the list of today's participants:

Quilting & Learning - What a Combo!

*********************
The theme for this hop is polar bears. My project is a salute to four of the world's bear species. I wanted to highlight the bears in their natural habitats, especially if those habitats (and thus the bears themselves) are in peril. I had the idea of presenting snapshots of the bears in their natural environments. Then I thought, why not have the bears take their own pictures? (Of course, I know that's not really possible, but bear with me!)
So, I created a wool felt wall hanging that I'm calling "Bear Selfies." Each selfie measures 12" square. After I show each of them to you, I'll show you how I joined them together. I'm also including some information about each bear and their habitat, which I got from WWF and NWF .
*********************
Polar Bear
Since the title of this hop is "Polar Bear Plunge," I'll start with the polar bear selfie.

"Polar bears are the largest carnivorous land mammals on Earth. They are about seven to eight feet long. A large male can weigh more than 1,700 pounds, while a large female is about half that size (up to 1,000 pounds). Most polar bears live north of the Arctic Circle to the North Pole. There are some populations south of the Arctic Circle in the Hudson Bay of Manitoba, Canada. Polar bears live in Alaska, Canada, Russia, Greenland, and some northern islands owned by Norway. Unlike other bear species, polar bears are almost exclusively meat eaters (carnivorous). In 2008, the polar bear became the first vertebrate species to be listed under the U.S. Endangered Species Act as threatened due to predicted climate change. The chief threat to the polar bear is the loss of its sea ice habitat."

My Polar Bear is posed on a shrinking ice float with mostly wide open sea behind. There's one iceberg in the distance, and the sun is unfortunately warming everything up and hastening the melting of the ice. 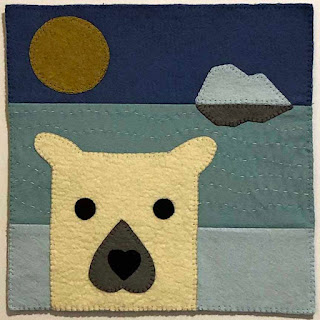 "The American black bear's range covers most of the North American continent. They are found in Alaska, much of Canada and the contiguous United States, and extend as far south as northern Mexico. Because of their versatile diet, black bears can live in a variety of habitat types. They inhabit both coniferous and deciduous forests, as well as open alpine habitats, but largely occur where there are trees. Typically adults are three feet tall at the shoulder, and their length from nose to tail is about 75 inches. A large male black bear can exceed 600 pounds in weight, while females seldom exceed 200 pounds."
This little guy is posing in a forest, and figured he'd scratch his back on the tree while taking the picture. 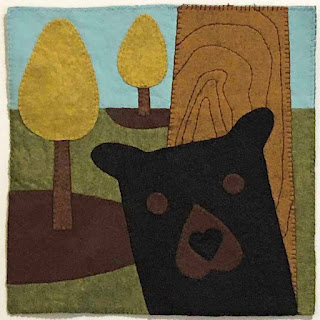 "The grizzly bear is a kind of brown bear. In North America there are two subspecies of brown bear (Ursus Arctos): The Kodiak bear, which occurs only on the islands of the Kodiak Archipelago, and the grizzly bear, which occurs everywhere else. Brown bears also occur in Russia, Europe, Scandinavia, and Asia. Males can weigh up to 1,700 pounds. A large female will weigh up to 800 pounds. Grizzly bears once roamed throughout the entire western United States and south into Mexico. Control actions and habitat loss extirpated them from 98 percent of their original habitat in the U.S. A large population of grizzly bears lives inland in Alaska and northern Canada. Thanks to conservation efforts since about 1975, grizzly bears are recovering well in Yellowstone and elsewhere in the Northern Rockies and are even beginning to recolonize prairie habitats along the Rocky Mountain Front in Montana. Grizzly bears can be found in woodlands, forests, alpine meadows, and prairies. In many habitats they prefer areas along rivers and streams. Grizzly bears are omnivores."
This grizzly is posed on a northern tundra in front of river. Salmon are swimming against the current, and will probably be caught as soon as our bear puts her phone down. 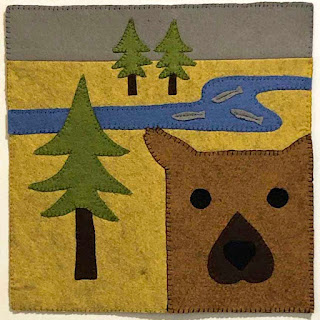 "The giant panda was once widespread throughout southern and eastern China, as well as neighboring Myanmar and northern Vietnam. But due to expanding human populations and development, the species is now restricted to around 20 isolated patches of bamboo forest in six mountain ranges in China's Sichuan, Shaanxi and Gansu provinces. They subsist almost entirely on bamboo, and must eat around 26 to 84 pounds of it every day. Females can grow up to about 200 pounds, while males can grow up to about 300 pounds as adults." (Note: The Giant Panda is not related to the Red Panda, which is not a bear.)
This adorable bear is very shy, and is posing for the selfie behind some bamboo. A mighty mountain looms in the background. 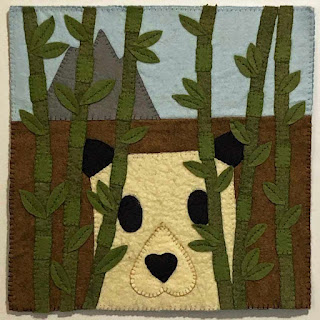 *********************
After completing all the selfies, I assembled them into a wall hanging by joining them together with wool felt "pennies" measuring 2" and 1". I used a whip stitch to attach everything on the back. I hung it up by using some adhesive strips. Here's the completed piece: 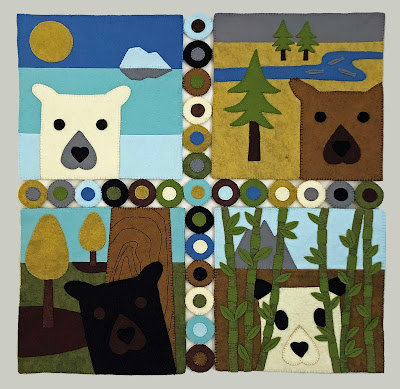 *********************
I love to read your comments, and will respond to them all via email unless you are a No Reply Blogger.
Finally, be sure to visit everyone participating in this fantastic hop!

Creatin' in the Sticks

Pieceful Thoughts of My Quilting Life

Becky’s Adventures in Quilting and Travel

Quilting & Learning - What a Combo!

Posted by Elizabeth Coughlin at 12:01 AM 36 comments 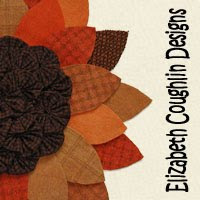 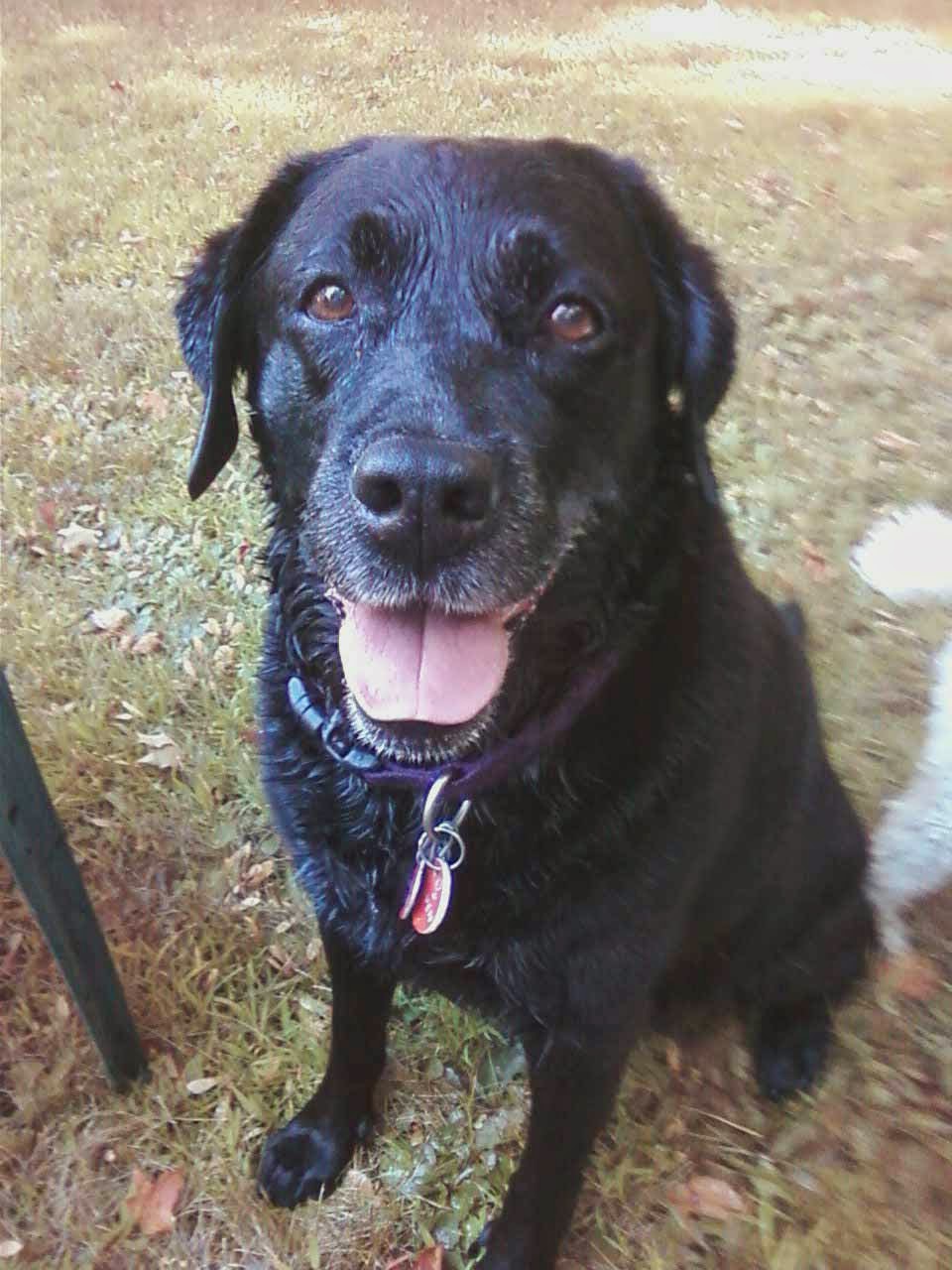 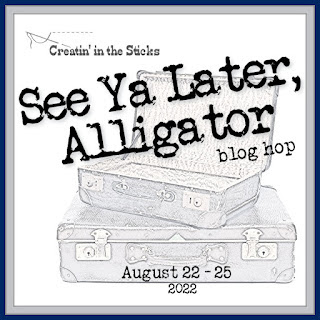 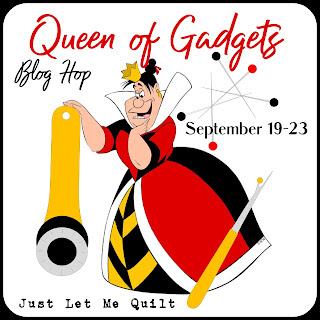 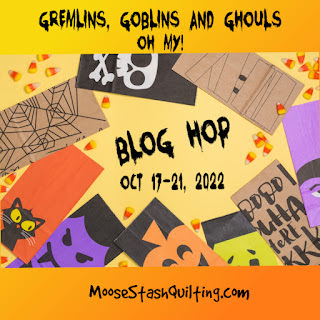 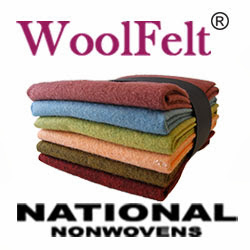 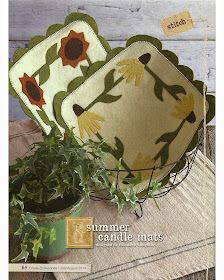 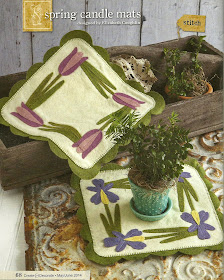 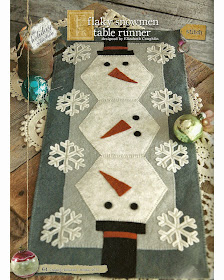 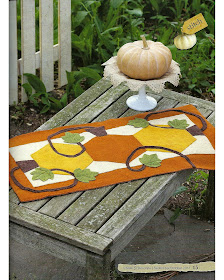 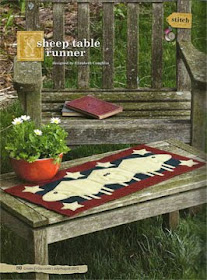 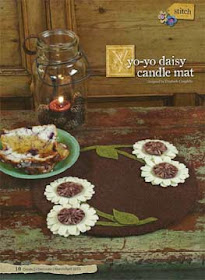 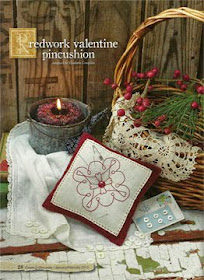 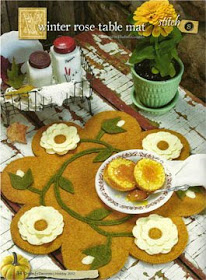 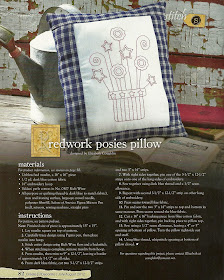 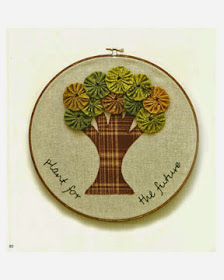 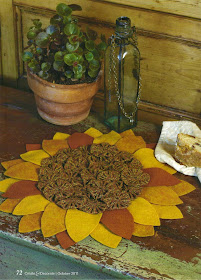